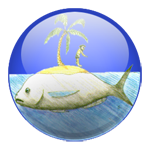 Expansive hypoxia in the Northern Gulf of Mexico (NGOMEX) will continue to affect living resources, but the magnitude, predictability and even the direction of these effects are not well quantified. To evaluate effects of hypoxia on fish and fisheries, an Ecospace model was developed representing 60 groups of the NGOMEX food web. The model is linked to a physical-biological ROMS model from which it receives dissolved oxygen, temperature, salinity, and phytoplankton at each timestep using the spatial-temporal framework in Ecospace. After initial simulations emphasized the importance of (bottom-up) food web dynamics when evaluating effects of nutrient loading and hypoxia on NGOMEX living resources, the current focus is on simulating nutrient load reduction goals set by the Mississippi River/Gulf of Mexico Hypoxia Task Force to reduce hypoxia. The coupled model was calibrated using existing conditions from 2000-2016, after which scenarios for short-term and long-term hypoxia reduction were explored: The short-term goal of a 20% reduction in nitrogen and phosphorus load by 2025, and the long-term goal of reducing the hypoxic area to 5000 km2 by 2035. Novel spatial Monte-Carlo simulations were performed to estimate the uncertainty of the predictions. IBM mode in Ecospace was used (where fish move in packets as super-individuals) to ensures species in the model derive their consumption and mortality rates from the conditions in each local cell, which much improves predictions that involve localized stressors.  Output shows that fisheries species biomass changes in response to nutrient load reductions are small and species-specific, and that this is the result of the combined positive effects of hypoxia reductions and negative effects of nutrient reductions (reducing secondary productivity). The overarching goal of the coupled modelling approach is improving the capability to assess effects of alternative management strategies on ecosystem function, living resources, and fisheries.

Kim de Mutsert is an Assistant Professor in the Division of Coastal Sciences of the School of Ocean Science and Engineering at The University of Southern Mississippi. She holds a PhD in Oceanography and Coastal Sciences from Louisiana State University and an MS in Biology from the University of Amsterdam. Her research focus is coastal and estuarine fish ecology. She studies the effects of environmental and anthropogenic stressors on nekton abundance, community structure, food web dynamics and fisheries. Examples of stressors included in her studies are eutrophication, oil pollution, habitat alteration, land loss, climate change, hypoxia, and changes in freshwater discharge. She uses a combination of field monitoring, lab studies, and ecosystem modelling in her projects.

New paper out! Andy Stock (EwE seminar of early Nov 2022) et al review how EwE has been used to assess multiple impacts, and provide recommendations. Hopefully this is useful to you.

The recordings of the Andy Stock's excellent EwE seminar are finally on YouTube. Please check it out for a comprehensive review how EwE has been used to address cumulative stressors

A new paper out, showcasing a range of creative ways to use Ecospace for modelling the impact of changing land use and varying lake levels on fish that spawn in the littoral zone. EwE magic. ... See MoreSee Less

Successful management of lake ecosystems and the ecosystem services they provide necessitates ecosystem-based management. The ap...

We are excited to announce that the Ecopath 40 year conference will take place from 10 to 14 June 2024 in Ostend, Belgium. Save the dates!! ... See MoreSee Less

Quantitative Fisheries Ecologist position with ESSA (Ecopath R&D Consortium Member). Applicants must be eligible to legally work in Canada at the time of applying. Experience with EwE an asset. ... See MoreSee Less

The Opportunity If you are a quantitative fisheries ecologist who enjoys understanding how the environment influences fisheries ...

Join the next Ecopath seminar on 1 November 2022, 7pm CEST, with Andy Stock, titled "Exploring cumulative human impacts with EwE: State of the art and future directions"

Dr. Christensen, a professor at the UBC Institute for the Oceans and Fisheries, is the principal architect behind the Ecopath wi...

This year’s symposium, themed Local Action in Support of Global Traction, is specifically geared towards improving GEO Blue Planet’s engagement with African nations in an effort to expand the EO community of practice, strengthen local capacity and provide access to resources, tools, and services.

The GEO Blue Planet initiative is the coastal and ocean arm of the Group on Earth Observations (GEO) that aims to ensure the sus...

Latest climate models project conditions for the end of this century that are generally outside of the human experience. These f...

I’m 25 for the second time. I appreciate all of the good wishes. ... See MoreSee Less

When this happens, it's usually because the owner only shared it with a small group of people, changed who can see it or it's be...

Ecosystem modeller position available at the Alfred Wegener Institute Helmholtz Centre for Polar and Marine Research (AWI) in Germany! For job details and applying follow the link below.

Job alert – Three-year postdoc on #EcosystemModelling, to simulate temporal and spatial dynamics in the western Baltic Sea. Main goal is designing a network of #MarineProtectedAreas that allows biodiversity conservation and supports the sustainable use of resources.

The University of Palermo has opened two calls for research fellowship grants. The selection of candidates will be based on qualifications and interview (online interview can be arranged). Deadline for application: 22 July 2022.

Subject 1: APPLICATION OF AN ECOPATH WITH ECOSIM (EWE) APPROACH TO NO-TRAWL AREAS IN THE CENTRAL MEDITERRANEAN (GULFS OF CASTELLAMMARE, PATTI AND CATANIA).

Subject 2: ANALYSIS OF THE FISH ASSEMBLAGE IN SICILIAN NO-TRAWL AREAS (GULFS OF CASTELLAMMARE, PATTI AND CATANIA).

A PhD and previous research experience in the topics specified above will be highly regarded in the evaluation process.

The Universidad Tecnologica de Panama is looking for an EwE modeler who is looking for a side job and who can help them design a food web for a coastal marine environment where the top predator is the American Crocodile. They are a small group from the Technological University of Panama, Central America, made up of 5 students and two professors. They prefer that the developer speaks Spanish, even if it is not perfect.

The team has a poor understanding of how the program works and how the data should be presented. The pandemic prevented the team from receiving the necessary training (an EwE course in Panama). If you are have Ecopath experience and are looking for a side job + publications, please contact Dra. Miryam Venegas de Anaya, Investigadora, Facultad de Ciencias y Tecnología, Universidad Tecnologica de Panama ... See MoreSee Less

The ocean we want: inclusive and transformative ocean science

This free eBook to celebrate 70 years of ocean sciences at the Institut de Ciències del Mar (ICM) in Barcelona can be downloaded from http://libros.csic.es/product_info.php?products_id=1612

The National Institute of Oceanography and Applied Geophysics (OGS, Italy) is again organising another edition of the Advanced school on Multispecies modelling Approaches for ecosystem based marine REsource management in the MEDiterranean Sea (AMARE-MED), in collaboration with National Research Council (CNR, Italy), Cyprus Marine and Maritime Institute (CMMI, Cyprus) and APMARINE.

This edition of AMARE-MED will be hosted at the lovely island of Cyprus in Larnaka from 2nd to 8th October 2022 and will focus on spatial resource models including fishing fleet displacement, environmental variables and management rules. AMARE-MED 2022 will again have the privilege to have André Punt (University of Washington, Seattle, USA), present in this school from its beginning in 2017, joining forces with Tommaso Russo (University of Tor Vergata, Rome, Italy), bringing together their experience in modelling fisheries and treatment of fisheries data.

The applications are open and the deadline for submission is 10th July 2022, where 30 applicants will be selected. There is no application fee.

Thanks to the support from the FAO - General Fisheries Commission for the Mediterranean (GFCM) and the OGS institute itself the school will provide participation support for a few candidates from non-EU Mediterranean and Black Sea countries in the framework of initiatives for increasing capacity building. ... See MoreSee Less

A new application of the EwE’s value chain plugin for the Piura region’s (northern Peru) fisheries sector. In this paper (published in Spanish), researchers managed to trace the individual contribution of each functional group to regional income and employment beyond producers. This is a first. More data, more possibilities. This tool is quite versatile and can improve our understanding of the human dimensions of fisheries systems. We hope to see more papers of this kind in the near future. Stay tuned!

Challenging the tradition of a fishmeal producing country: An economic overview of the fishing activity of Piura, Peru | Marine and Fishery Sciences (MAFIS)

Challenging the tradition of a fishmeal producing country: An economic overview of the fishing activity of Piura, Peru Authors R...

Through this open call, DFO is seeking project proposals that deliver scientific research and related science activities, that support evidence-based decision making and which increase publicly available knowledge supporting the health of marine and freshwater ecosystems. Further Information on the priority area associated with the open call, as well guidelines and the application form and other information, are is available on the DFO website. ... See MoreSee Less